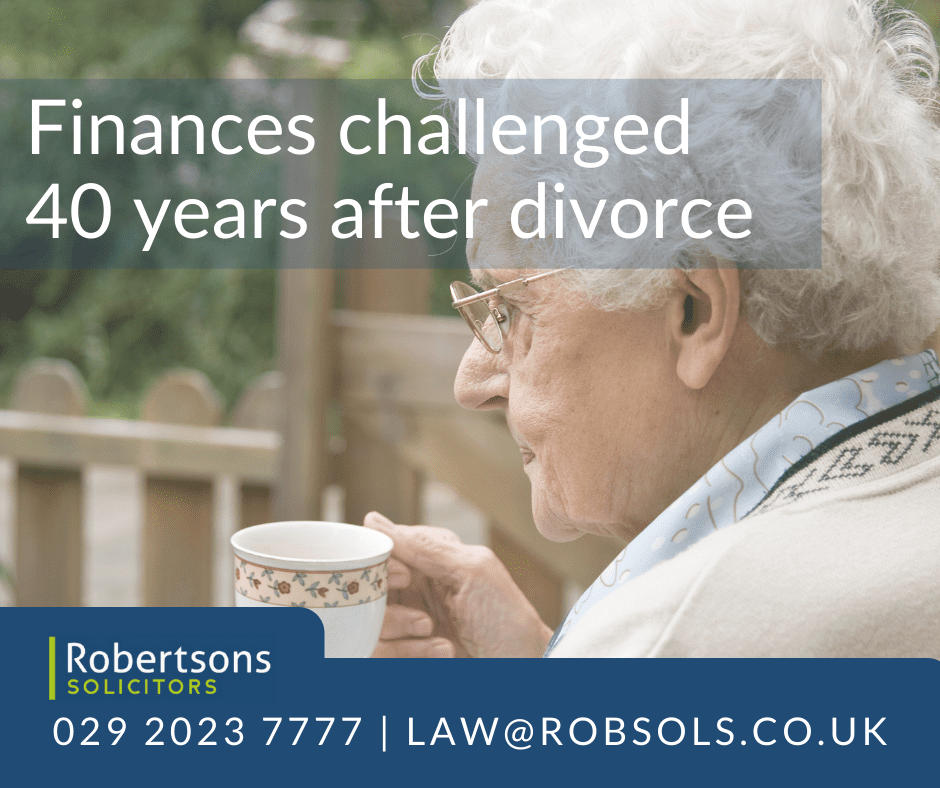 Birth, marriage, death and, sadly often, divorce, mark turning points in people’s lives, and each can have profound implications that require independent legal advice. In the case of Wall v Munday, a former couple’s failure to formally settle their affairs following the end of their brief marriage triggered a bitter legal dispute 40 years later.

The couple were married between 1969 and 1974 and bought a long leasehold house together as joint tenants. The Wife left the property, never to return, but no formal steps were taken to deal with its ownership following their divorce. The Husband treated the house as his own, insuring, maintaining and improving it over the years. He purchased its freehold and paid off the mortgage.

At the date of his death from motor neurone disease, however, the property was still held by the former couple as joint tenants. As a result, legal ownership of the entire house passed automatically to his ex-wife at the moment of his death. His personal representative, however, launched proceedings on behalf of his heirs, claiming that beneficial ownership of the property should form part of his estate.

The judge rejected the personal representative’s plea that the woman had agreed to sell her stake in the property to the deceased at the time of their divorce. However, he went on to hold that, by their conduct, the ex-couple had impliedly severed their joint tenancy by the end of 1975. After that they had held the property as tenants in common, with the result that his 50 per cent share passed into his estate.

The personal representative challenged that ruling on the basis that, given the man’s further investment in the property following the divorce, the estate should be entitled to a greater than 50 per cent stake. In dismissing the appeal, however, the High Court could detect no mutual conduct on the former couple’s part from which a common intention to rearrange their beneficial interests in the property could be inferred.

If you are considering divorce, ensure you get legal advice about your options.  At Robertsons Solicitors in Cardiff we have expert divorce lawyers who will guide you through the divorce process to help you obtain the best settlement. Contact us on 029 2023 7777 or law@robsols.co.uk