Have Whiplash Claims had their Day? We Explore the Changes to the New Law.

Home / News / Have Whiplash Claims had their Day? We Explore the Changes to the New Law. 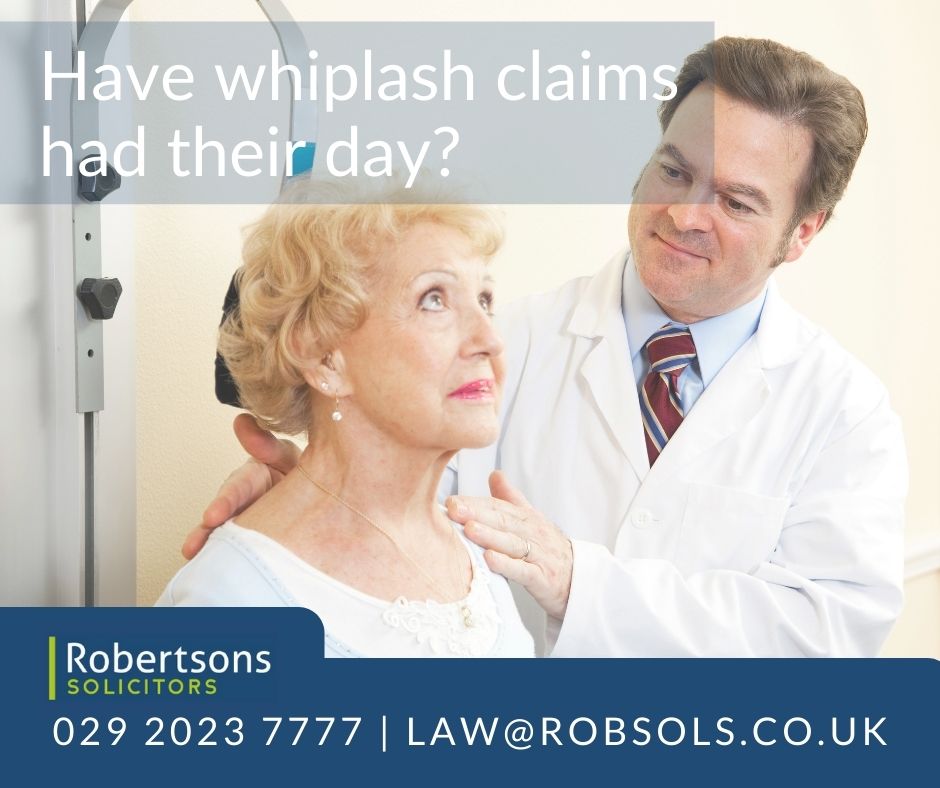 Since 1991, the personal injury claim limit has been £1,000. To a solicitor and the person injured, this is an important figure. It means that if you have sustained injuries from (for example) a road traffic accident then, as long as the compensation value for the injuries sustained was over £1,000, the insurance company will cover your solicitor’s costs. It would be usual for you to enter into a “no win no fee” agreement with the solicitor – if don’t receive any compensation you do not have to pay your solicitor any legal fees.

However, the personal injury level has now risen to £2,000. You may not think that it’s a sharp increase and in fact, it represents a slightly below inflation increase. However, the small print states that whiplash small claims limit will rise to £5,000. Seeing as 50% of all personal injury claims are ‘whiplash’ claims and the average value is between £2,000 and £3,000 then this is a significant amendment. There was also a suggestion that whiplash compensation will be subject to new fixed tariffs but this is yet to be announced by the government.

The other new piece of law is that offers to settle whiplash claims before medical evidence has been obtained will no longer be allowed. Again, this type of settlement was standard practice.

Realistically the change to the law will probably not come into effect until April 2018.

What does this mean for personal injury victims?

For those personal injuries that are not caused by a road traffic accident then there will probably be no significant impact. If you have an accident while at work or under public liability (such as an accident in a supermarket) then as long as your compensation is over £2,000, there will be no change to the usual way you would seek compensation with a solicitor. You will undoubtedly still be offered “no win no fee” retainers.

However, it is bad news for road traffic accident victims. As mentioned, the majority of accident claims are for whiplash (technically known as soft tissue injuries) with the average compensation of around £2,000 to £3,000 per claim. This is far below the new £5,000 small claims limit. Anything below the small claims limit means that you will not get your legal fees paid for by the insurer. You would have to pay your solicitor whether or not you are successful with your claim. Solicitors will unlikely, therefore, be entering into “no win no fee” agreements. This means that claimants would have to represent themselves or pay privately in the hope that the compensation outways the solicitor’s fees.

Of course, if there are other severe injuries alongside a whiplash injury, the rules will not change.

What does this mean for solicitors?

There will have to be a change in the way that solicitors deal with personal injury claims. Some solicitor’s firms specifically deal with personal injury and nothing more. It will undoubtedly have a large impact on their workload. For those solicitors that have a litigation department which only carries out small amounts of road traffic accidents then it probably won’t have much impact.

However, the biggest losers will be clients who will no longer get proper compensation for whiplash claims. This will especially be true when fixed compensation is introduced. No definite figures yet, but figures in the consultation document suggest £400 for soft tissue injuries increasing to £425 if there is a psychological injury as well.

What we can foresee is that the courts will be faced with arguments from claimants stating that a particular injury is not a soft tissue injury. If they can win this argument then they won’t be subject to the the small claims limit.