Paying Unlawful Dividends – What are the Legal Repercussions?

Home / News / Paying Unlawful Dividends – What are the Legal Repercussions? 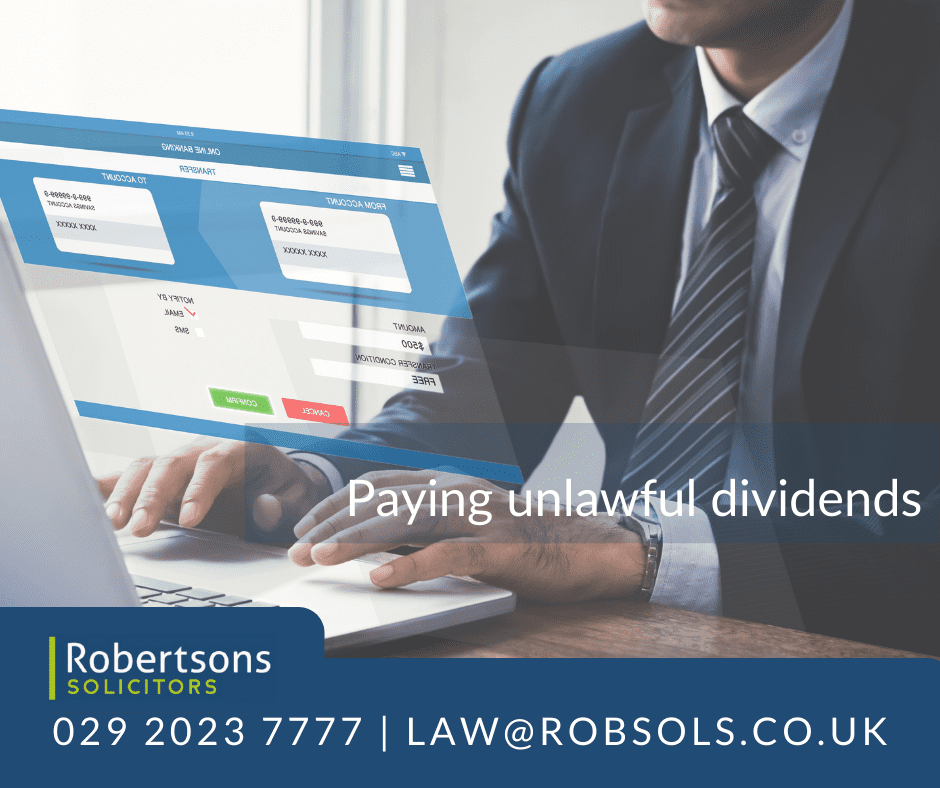 A legal dividend is a distribution of a share of profits of a Limited Company amongst the shareholders.  It is governed by Part 23 of the Companies House Act 2006 which sets out the requirements. If the criteria are not met, then a dividend is unlawful.

The case of BM Electrical Solutions Ltd* has set out the consequences of dividends not being paid in accordance with the rules of the Companies Act.

At the trial, the shareholder indicated that these payments were recorded as dividends on the accounting software.

The court’s view was that the money paid to Mr Belcher should not be classed as dividends but as director’s loans.  There were two main reasons for this: –

The court, therefore, found that the payments to the shareholder were a director’s loan and must be repaid to the company. This amounted to £288,000.

This case highlights that it is important for all companies to ensure that dividends are declared in accordance with the rules and regulations set down by law.  Failure to do so can have a drastic effect.

For commercial and corporate support and guidance please contact our team via law@robsols.co.uk.