What is a Post-Nuptial Agreement and How Does it Work?

Home / News / What is a Post-Nuptial Agreement and How Does it Work? 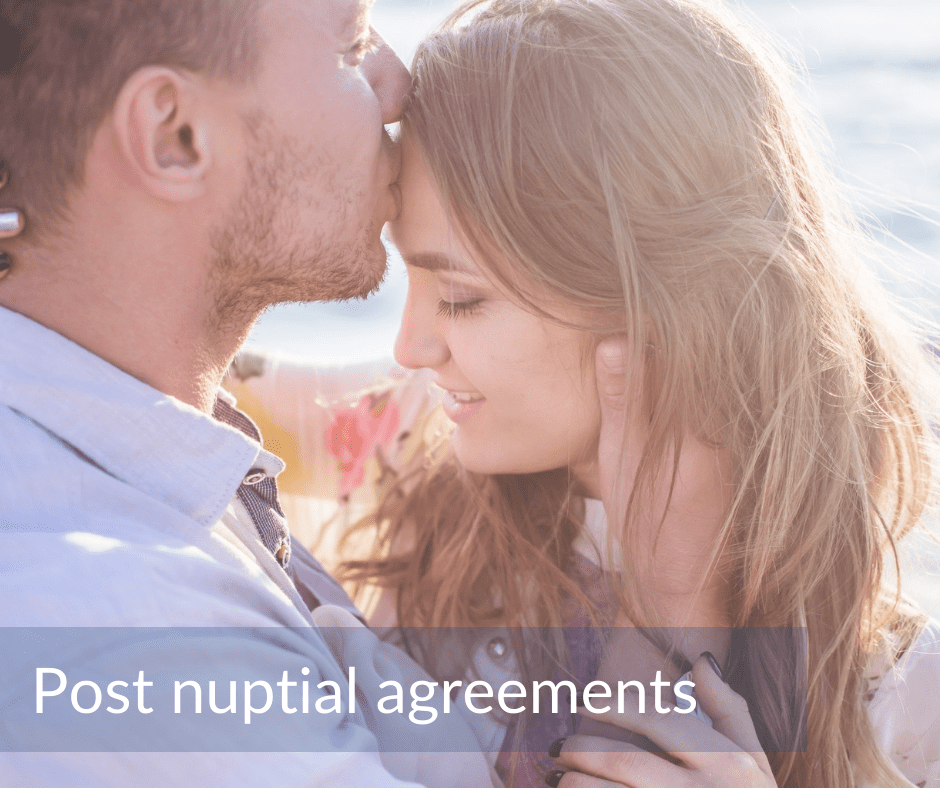 Post-nuptial agreements are signed by a couple who are married or in a civil partnership that has agreed on how assets might be divided upon divorce or dissolution.

They are not legally binding in England and Wales with law courts having the ultimate decision-making power on how assets are divided. However, if a postnup is agreed and signed by both parties who both fully understand it’s implications, a court is likely to consider the agreement in its decision making, providing that it does not leave one party unfairly treated.

Change is often the instigator when it comes to postnups. A married couple may wish to relocate internationally and so creating a postnup could ensure that the basis under which they married remains as constant as possible.

One party may inherit significant wealth or sentimental items whilst married.  Conversely, one may have accrued significant independent debt.  A further change might be that the shape of the family has changed, through the addition of dependents that were formerly undeclared, or even unknown to the parties concerned.

What should be included in a post-nuptial agreement?

Similarly to a pre-nup, matters of wealth commonly feature which may include the distribution of assets including cash, property, pensions, stocks and shares, family heirlooms and even beloved pets and even debt.

Whilst not commonly used in the UK, there are circumstances where a postnup may come into use. If required, such an agreement, similar to a pre-nuptial agreement, could ultimately save both parties time, money and emotional stress.

Our family law team works covers an area from Cardiff to Barry to Cowbridge and will be happy to offer an initial telephone consultation free of charge.  Email law@robsols.co.uk