How Do You Annul a Marriage: How Is It Different from Divorce?

Home / News / How Do You Annul a Marriage: How Is It Different from Divorce? 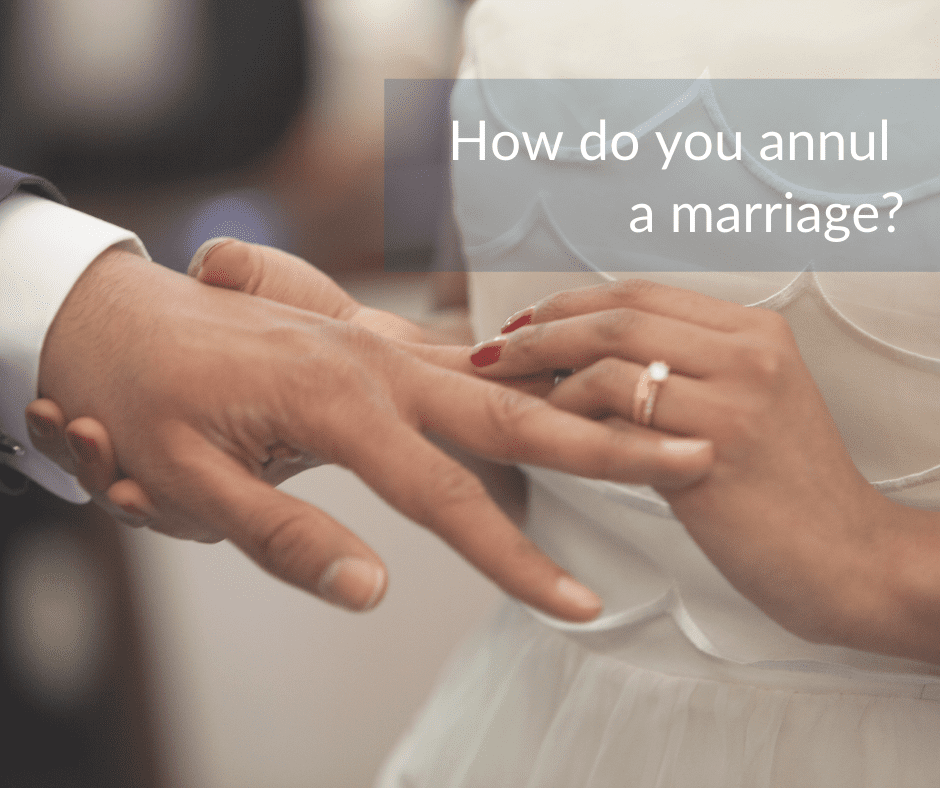 Although uncommon, there are still numbers of Court applications to annul a marriage.  Many people don’t understand or recognise a difference between the annulment of a marriage and divorce – but they are very different.

What is the difference between annulment and divorce?

A divorce brings a marriage to an end, but an annulment is a declaration from the court that the marriage was either not legally valid or has subsequently become legally invalid.  In its basic terms, when the court grants an annulment, the marriage in effect, never took place.

Although divorce can only be applied for after the first twelve months of marriage, an annulment can be applied for at any time.  However, the longer that parties wait to apply to annul a marriage, the greater chance that the court will ask for an explanation behind the delay.

When can you annul a marriage?

What is a void marriage?

If you were not legally married in the first place, then this is a void marriage.   Examples of this are that the couple is too closely related, one or both were already married or in a civil partnership or one or both were under 16.

What is a voidable marriage?

A voidable marriage meets the criteria in Section 12 of the Matrimonial Causes Act 1973.  This being:-

(a) that the marriage has not been consummated owing to the incapacity of either party to consummate it;

(b) that the marriage has not been consummated owing to the wilful refusal of the respondent to consummate it;

(c) that either party to the marriage did not validly consent to it, whether in consequence of duress, mistake, unsoundness of mind or otherwise;

(d) that at the time of the marriage either party, though capable of giving valid consent, was suffering (whether continuously or intermittently) from mental disorder within the meaning of the Mental Health Act 1983of such a kind or to such an extent as to be unfitted for marriage;

(e) that at the time of the marriage the respondent was suffering from venereal disease in a communicable form;

(f) that at the time of the marriage the respondent was pregnant by some person other than the petitioner.

(g) that an interim gender recognition certificate under the Gender Recognition Act 2004 has, after the time of the marriage, been issued to either party to the marriage;

(h) that the respondent is a person whose gender at the time of the marriage had become the acquired gender under the Gender Recognition Act 2004.

How do I apply for an annulment?

The process is much the same as applying for a divorce.  The marriage will continue until the Court has issued a decree of nullity. An application is made to the Court setting out the reasons that the court should annul a marriage and a copy is then sent to the spouse.  The Court can deal with the application administratively unless the spouse defends the basis of the nullity application and ask the Court to not grant the decree.

For any information or advice with divorce, annulment and family matters, please contact our Family Law team via law@robsols.co.uk