Proroguing of parliament slows down the Domestic Abuse Bill 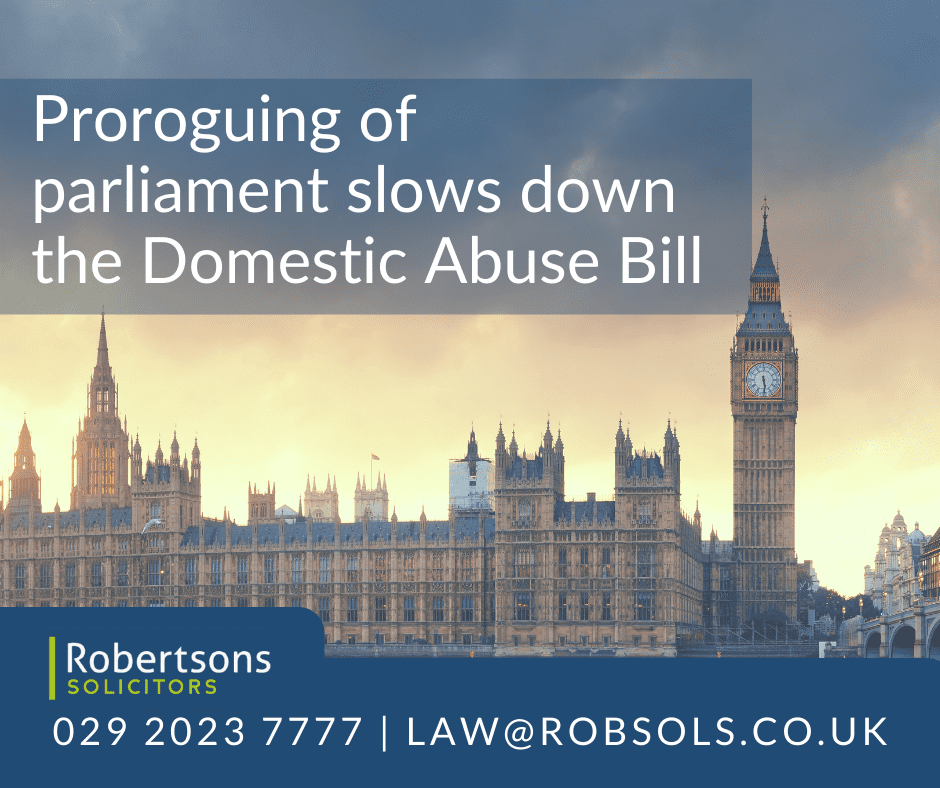 On the 21st January 2019, the British government put its promises to counteract domestic abuse into action, announcing the draft of the Domestic Abuse Bill. The bill contains a wide range of proposed changes to current laws around domestic violence. The focus is on, not only prohibiting domestic violence, but also protecting the victims of it. Here we take a look at the impressive 120 changes the law includes:

Clare’s Law is a rule which means that law enforcement is able to release data about a potential partner’s past history, specifically if it involves any domestic violence. This can enable people to make informed decisions and get out of a potentially violent situation. Improving the way police use Clare’s law is something the draft bill will facilitate.

Currently, perpetrators of domestic violence are allowed to represent themselves, which means it’s possible for them to take evidence from the victim in court. This new bill will prevent that happening.

There will be a new appointment, a Domestic Abuse Commissioner. This person will be an expert regarding domestic abuse and the issues around it, and will be the public face of the laws behind domestic abuse. The primary goal is to protect victims and deter people from engaging in domestic violence.

Although there are ways to protect victims of domestic violence, such as different waiting rooms for both victim and perpetrator and video links for giving evidence, these will be made more readily available.

Domestic abuse reports have been increasing year-on-year in the UK, so this draft bill has never been needed more. The government introducing this draft bill should be applauded. It is a positive move that shows concern for the victims of domestic violence. In a BBC article on domestic violence, the figures referenced indicate the amount of victims murdered is the highest it has been for five years. In fact, 173 people lost their lives due to homicides related to domestic violence. The case studies the article describes make horrifying reading.

Frustratingly, the parliament being prorogued in September this year means that the bill will not progress anymore. It seems that the tactical play of politicians around Brexit allows perpetrators of domestic violence a little more time, since parliament is prevented from discussing or passing new laws. Sadly, draft bills must be passed over to the next session of parliament, or in the worst-case scenario, lost completely.

The public has been concerned about the progress of the draft bill. The Prime Minister has received much pressure to explain what will happen to the Domestic Abuse Bill, such is the concern. Fortunately, he has stated the draft Domestic Abuse Bill is to be on the agenda after the Queens speech. Her speech indicates the time that parliament reconvenes.

Although we are glad that this draft bill is still on the agenda, it is regretful that the immense amount of work which has been done since the Domestic Abuse Bill was announced in July, is lost.

We look forward to the steely determination of parliament to progress this bill swiftly, as it was previously in July 2019. However, until parliament does return, we have to wait and see the fate of the much-needed bill.