Litigants in Person: Is it fair being on your own? We find out.

Home / News / Litigants in Person: Is it fair being on your own? We find out. 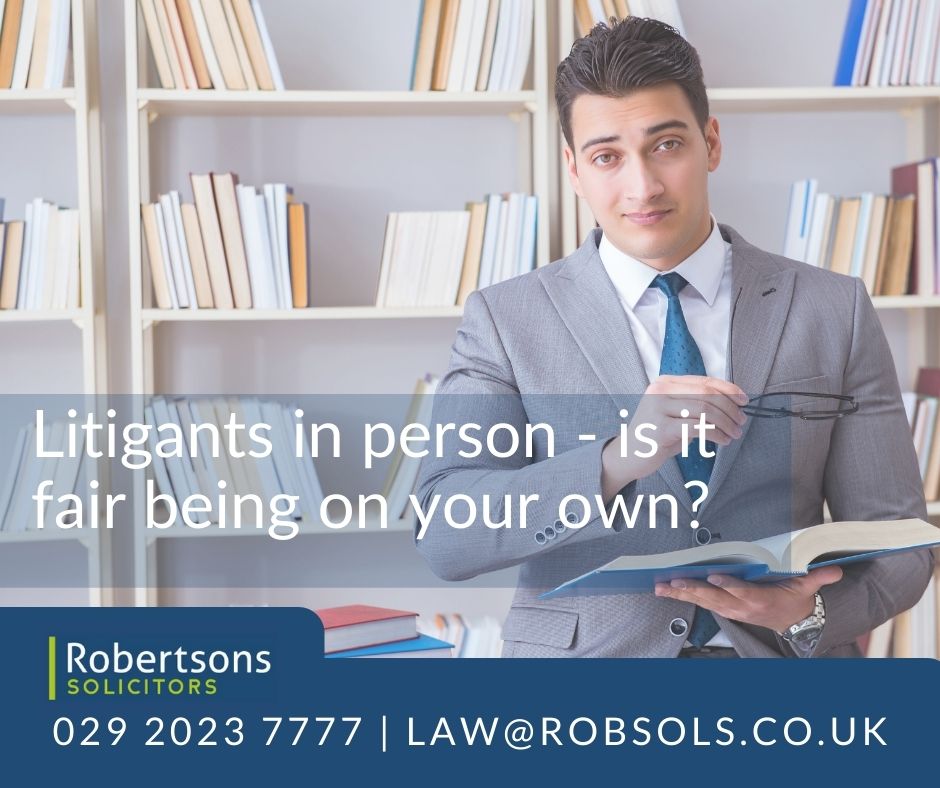 A Litigant in Person (LIP) is a description of those people who represent themselves in court proceedings and at court hearings. They don’t retain a solicitor often for reasons of costs, and sometimes because they believe they can run the case better themselves.

There has been a definite increase of LIPs going through the court system. In October 2016 government statistics show that 34% of Child Arrangement Cases had neither a solicitor nor barrister representing either party. Child Arrangements involve applications concerning children. Previously known as residence and contact but now to be described as ‘child arrangements’. Read our article about parents disagreeing over inoculations.

One of the reasons for this increase is that legal aid was removed for a majority of children matter cases. To even think about getting Legal Aid now, a client will need to have some evidence of being in a domestically violent relationship, such as a police conviction of the other party or involvement from a Domestic Violence charity. Even then you still have to satisfy the Legal Aid Agency that your earnings are below a certain level and that there are merits in the application that you want to make. All in all, a difficult hurdle to get over.

Solicitors have tried to assist by bringing in fixed fees for this type of work, but often the client simply doesn’t have the money to retain a solicitor. There are also arguments of injustice, where one party qualifies for legal aid, but the other party doesn’t. The unrepresented party feels that they are at a disadvantage and if they don’t achieve what they set out to achieve often state it is because the other party was represented.

I have come across a number of LIPs through cases that I have run. Although I don’t criticise the other party for not being represented by a solicitor, it does often cause difficulty. More often than not it will slow the process down. LIPs don’t deal with the court on a day to day basis and it is, therefore, understandable that they often aren’t up to speed with the court process and requirements of the Judge. Usually, hearings listed for 30 minutes could take an hour as LIPs don’t keep to the issues at hand. One reason being that they are emotionally involved and want to ‘get it all out’. Some will turn up with a plastic bag of papers and hope to be able to give all this to the Judge.

On one recent occasion, the LIP had made an enforcement application to the court against my client where they tried to rely on part of a court ordered that was simply unenforceable. The LIP, after spending £255 on the application, was told by the Judge that he had to dismiss it. Time and money wasted.

Judicial time is already at a premium and, especially when there is no solicitor at all, the Judge has to explain things in much more detail and often micromanages the parties. This will have a knock-on effect to other hearings causing delay.

In addition, this lack of knowledge which causes delay to the hearings and the court process generally can prove to be costly for the paying client. There may be adjournments because there is not enough time to deal with things which means another trip to court. The Judges also like to ask the solicitor to do work that the non-represented party should do because they know it will get done correctly and on time (such as drafting orders, instructions experts, compiling court bundles etc). Great for the LIP, but more costly for the client.

It can’t be easy for a LIP.  Any court process is emotional and without a solicitor you can’t hand over the running of the case to anyone else. This means that there is no objective view and is an all-consuming process. I have even had LIPs breaking down in court at a final hearing saying that they didn’t know the hearing would be like it was and felt completely out of their depth. The lack of legal experience can mean they miss the most important points and end up making their position weaker in the court. Moreover, the Judge is not there to explain some of the complexities or the details comprehensively to the litigant in person.

Although I would, of course, say that it’s better to engage a solicitor(!),  I have seen first-hand how difficult it is for people and how emotionally drained they can be. They often find themselves frustrated at not being able to understand or realise things about the court process. They will often feel disadvantaged.   Solicitors do have to ensure they consider the LIPs and remember that being at court is not an everyday occurrence for LIPs. There was a recent case of ReB (Litigants in person: timely service of documents)where the barrister was severely criticised for handing the LIP, on the day of the hearing, a 14-page position statement and a 100-page law report. Furthermore, the LIP was not of British nationality and had to have the assistance of an interpreter in order to read the documents. Needless to say, the hearing had to be adjourned.

It is always best to try and get some legal advice. More and more solicitors are offering ‘unbundled services’ which means that clients can pay for help at different stages of the court process, maybe with statements or one of the court hearings. Although there can be a cost, it is often worth making sure you are at least on the right track. There is also the option of mediation.