The Over 50s that are Shaking the Nest: What are the Trends in Divorce?

Home / News / The Over 50s that are Shaking the Nest: What are the Trends in Divorce? 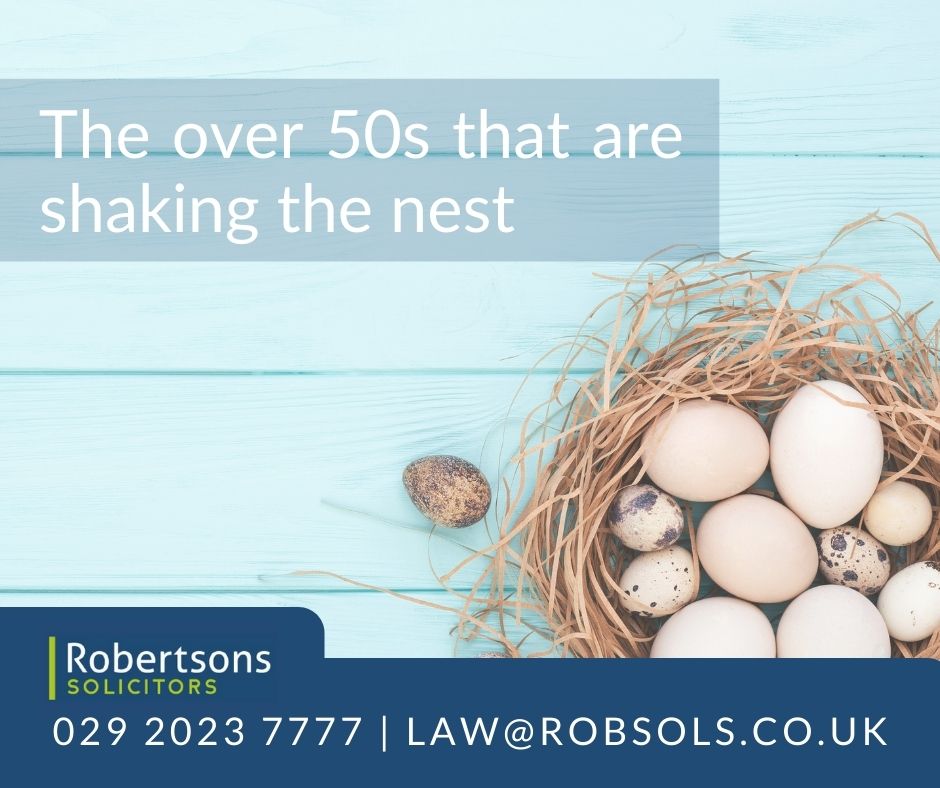 Whilst divorce figures are generally in decline, it’s interesting to see that the average age at divorce for both men and women has increased every year between 1985 and 2014, rising by over 8 years*.

If we reflect on recent changes in lifestyle, this isn’t surprising. Increasingly, couples co-habit before they marry, and so tend to marry older.   More women now attend higher education and are choosing to focus more intently on their careers and as a result, the average age of first time mothers has consistently increased.

Divorce often occurs when major life changes happen.  The children finally leave home and so the couple are effectively ‘empty nesters’ and feel that their rasion d’etre has ceased. It’s also possible that women growing their own pensions now feel that they have the financial freedom to part with their spouse.

No matter what the reason, there are a number of issues that over 50s looking to divorce should take into account.

The longer the couple have been married in a ‘traditional’ marriage where one has been a homemaker, it is often the case that assets will be split.   From 2000 onwards, courts have used a 50/50 split as the starting point.  If however the couple married in later life, and are perhaps widowed or divorced, the splitting of assets becomes more complex.  For instance, either party may have children and would like to protect their assets from the previous relationship.

Pensions may now also be equally split however as pension pots and performance vary, what may appear to be an equal split at the outset, may not be the resulting outcome and this needs to be carefully reviewed and planned.

Tax planning may be required for either party upon division of assets.  As a married couple, there are taxation benefits including the sharing of a partner’s unused allowance and the exemption of Capital Gains Tax when transferring assets between partners.  These benefits are lost when a couple divorce.

Wills need to be updated.  If they are not, any existing Will remains in place up until the final decree of divorce.  If no Will exists, the intestacy rules could result in the former spouse still benefiting from the estate.   When the Decree Absolute is granted, the former spouse would no longer be entitled through intestacy or the previous Will.

What should you do:

Cardiff legal firm, Robertsons have specialist Family Law and Probate teams that offer a FREE initial consultation. Contact us on 029 2023 7777