Alternative Dispute Resolution. What Are the Options?

Home / News / Alternative Dispute Resolution. What Are the Options? 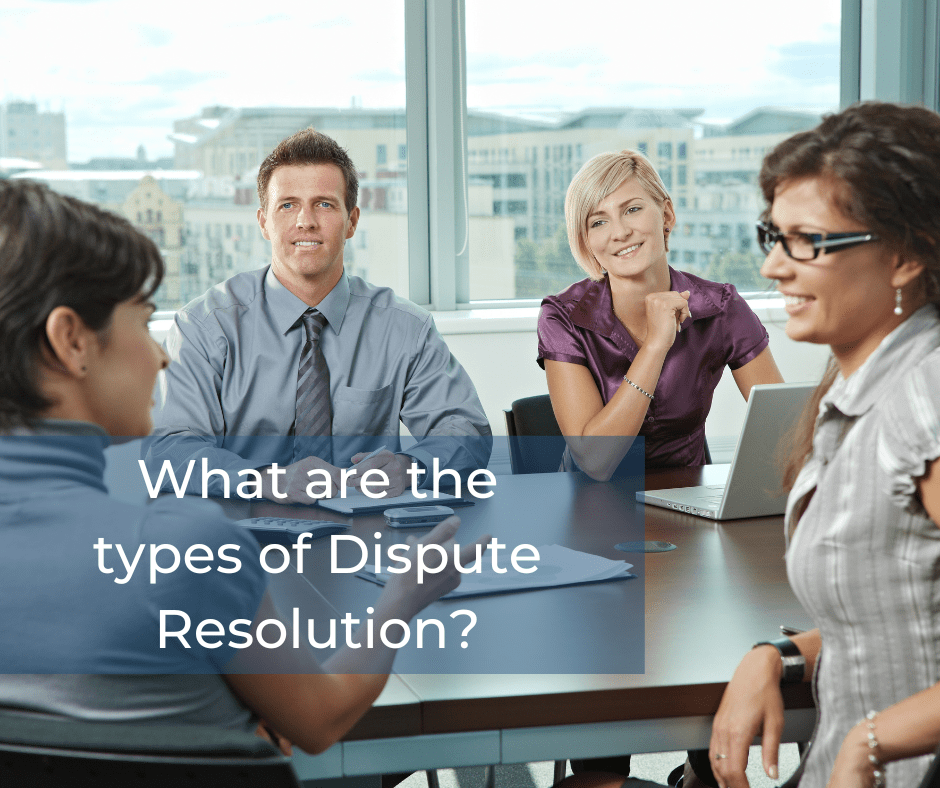 In recent times, many courts are looking for alternative dispute resolution before any matter is taken before a judge. This applies to Wales as much as England.

According to research from the faculty of law at the University College of London, 52% of those using alternative methods of dispute resolution settled out of court.

So what are the ways of settling ongoing arguments? In this article, we will look at the types of alternative dispute resolutions, what is meant by ADR and why you should consider it

There are four types of alternative dispute resolution or ADR, in the UK these are mediation, negotiation, conciliation and arbitration. It’s worth understanding that if any party changes their mind following an agreement, the agreement may not be legally binding (with the exception of arbirtation).

The letters ADR are an abbreviation of the term alternative dispute resolution.

In a nutshell, it means using other methods of settling disputes in all types of areas from divorces to business disagreements without going to court. It avoids the full litigation process.

ADR can provide a less stressful, practical and commercially viable solution to matters of conflict between two parties.

So what are the reasons that many disputes are being resolved before going to court using Alternative Dispute Resolution?

Why should you use ADR?

So what are the types of ADR offered in the UK?

Mediation is a process where an impartial third party called a mediator helps two parties in disagreement find a mutually beneficial solution.

Mediation has benefits in that it’s both a private and a confidential way of coming to an agreement over a dispute.

Most civil cases can be mediated such as:

Mediation is a safe and supportive environment and also means you can decide how you want to resolve the dispute. In court, a judge makes the decisions, but during mediation you are in control of how your disagreement is resolved.

By using the services of a mediator you may be able to better preserve your relationships as often going through the courts can put added pressure on both parties.

Using mediation, one of the types of dispute resolution in the UK, you can communicate effectively whilst finding a solution that works for both parties.

“Mediation has benefits in that it’s both a private and a confidential way of coming to an agreement over a dispute.”

Negotiation is a type of dispute resolution

This is one of the simplest and probably best-understood methods of resolving disputes.

Negotiation is simply a question of both parties coming to a mutual agreement either through a written medium or by meeting up with everyone concerned in the disagreement.

Using negotiation by means of resolving a disagreement is probably one of the most straightforward and flexible options.

Unlike mediation, negotiation doesn’t use an impartial third party as part of conflict resolution. Instead, those involved come to an agreement between themselves or through the assistance of their solicitors.

Negotiations are voluntary and non-binding statements. This means that if the situation escalates to a court hearing, it cannot be used against any of the parties involved. This kind of negotiation is known as ‘‘without prejudice”.

Negotiation overall does tend to be a cheaper process than some of the other types of dispute resolution.

“Using negotiation by means of resolving a disagreement is probably one of the most straightforward and flexible options.”

Conciliation – one of the four types of dispute resolution

Conciliation is a dispute resolution very similar to mediation. It’s more often used when the situation has more legal ramifications rather than general problems.

The conciliator encourages both parties in the dispute to reach an agreement themselves, whereas a mediator may often suggest a solution.

Often conciliation is used in employment disputes. Conciliation can be tried and, if it does not resolve the issue, you can still go down the employment tribunal route without being affected.

Conciliators are impartial and are not on the side of either party. This means they will discuss your disagreement in a fair way, and offer helpful advice for you so you can more easily work out your options.

Arbitration can be used in dispute resolution

Arbitration is one of the more formal methods of dispute resolution. It involves an independent arbitrator and a tribunal procedure, whereby both sides of the argument are heard before a resolution is reached.

The results of arbitration are legal and binding and are a private replacement for the court process.

The process is run similarly to a tribunal and often proceeds with either a single, or up to a panel of three, arbitrators.

There will usually be documents required to be disclosed and cross-examination of witnesses similar to court proceedings. However, generally, the arrangement will be not as long or as formal as a court.

Before you can use arbitration as an alternative dispute resolution, the other party in the disagreement needs to agree or there needs to be a clause in your contract which requires it.

At this point, you will need to apply to an independent arbitrator who agrees to take on your case.

Types of dispute resolution – Next steps…

Here at Robertsons Solicitors our experienced and dedicated team of Cardiff solicitors has a long history of swiftly concluding disputes with the most cost-effective solution.

We understand that disputes can be an anxious time for everyone involved and speed is the essence in resolving them with our many years of experience in negotiation and mediation.

We offer a completely free of charge consultation to bring you on-the-spot peace of mind without obligation.

If you are in need of support in a dispute resolution matter, get in touch with a member of our friendly and professional team here.